We look forward to a year full of achievements and would like to share our outlook for 2019 with you:

There are currently many political risks that may afflict GDP growth in 2019: uncertainty concerning the outcome of the Brexit negotiations, the standoff of the current Italian government with the EU and the threat of a trade war between China and the US. The latter is most likely the biggest threat to the already weak growth in the Eurozone, caused by weakening global demand. This is especially a threat for export-driven countries such as Germany and other European countries linked to its value chain. Uncertainty with respect to weaker growth may dampen the investment climate and slowdown demand for real estate properties throughout 2019.

Although the European Central Bank terminated its € 2.5 trillion stimulus program with the end of 2018, an interest rate hike is unlikely to happen in the near-term in the Eurozone. An increase might be expected to occur no sooner than in Q4 2019. The weak growth figures in the Eurozone further complicate the ECB’s moves which will also see a new president in October 2019.

The Federal Reserve is expected to increase interest rates in 2019. There are mounting concerns that the FED’s monetary policy might be too tight against the backdrop of a likely economic slowdown that might be caused by a trade war. This can be seen from the yield curve which has been flattening over the last years. The curve between 3-and 5-year Treasuries has inverted for the first time recently with the spread falling below zero.

In the past the inversion of the yield curve has always preceded a recession, although not necessarily in the near-term. The FED’s decision will be made consequently even more difficult as the US’s economy is reaching the peak in one of its longest economic expansions in history.

Given the uncertainties lying ahead of us in 2019, TCP recommends an anticipated exit strategy for planned dispositions. 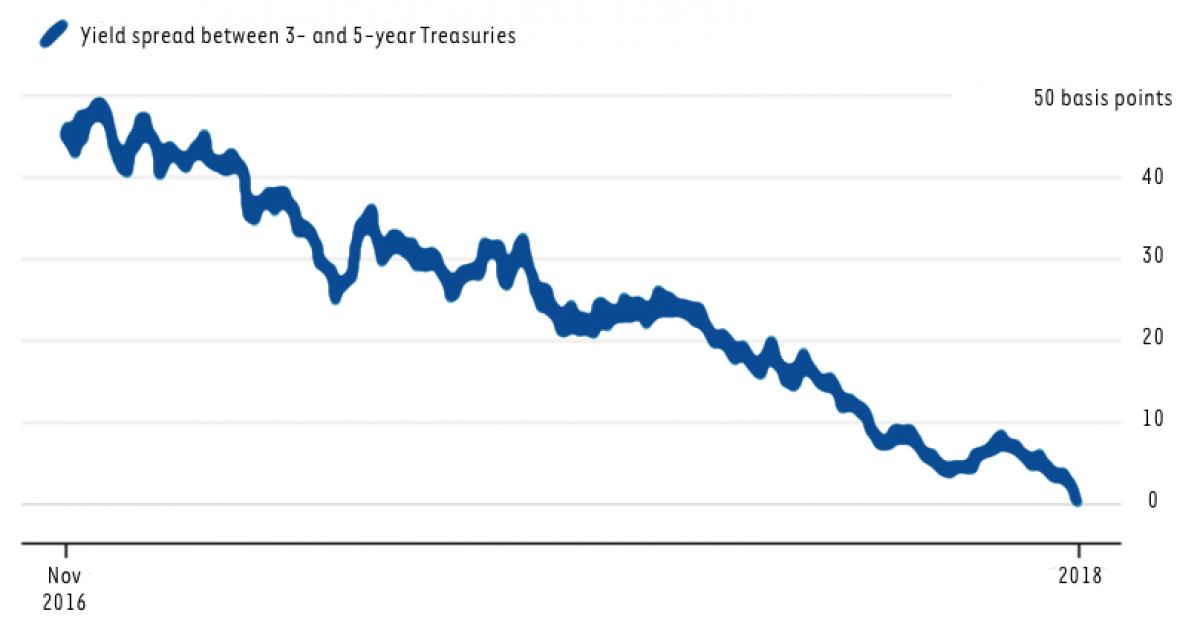