Prices for prime commercial properties in major European cities like London, Paris, Berlin or Frankfurt have been rising from one peak to the next over the past months.

The low interest environment has pushed retail investors craving for higher returns from traditional investments, such as government bonds, towards more profitable asset classes, amongst which real estate is notable. Property investments have increasingly become more attractive for these players, as the spread between the 10 years government bonds and real estate yields has continued widening. Most of these inexperienced retail investors seem to be missing the inherent risks that these alternative investments bear. Contrary to more liquid asset classes, the disposition of real estate assets can turn out to be quite challenging, especially in tumultuous phases. This was the case for UK assets following the Brexit referendum in June 2016, as the insecurity in the aftermath of the ballot caused a substantial drop in market activity, in what was until last year Europe’s largest real estate investment market.

In its latest meeting, the Governing Council of the ECB has decided to continue its asset purchase program, by reducing its monthly purchase volume from €60 billion to €30 billion, commencing from January 2018 until at least September 2018. Although the European economic growth has proven to be quite robust lately, the ECB's inflation target of close to 2% has yet to be reached, with wage and productivity growth still lagging. It is therefore becoming increasingly questionable whether the ECB's current policy is the right step to address the Eurozone's woes. As a matter of fact, several members of the Governing Council have expressed their concerns over the ECB's decision, wishing for a clear ending of this policy.

The outlook for 2018 remains unclear, and an interest rate hike cannot be ruled out. In the event of a normalization of the monetary policy, traditional investments would become attractive again. This could cause a rush of retail investors trying to withdraw capital from their real estate investments, leading to forced sales, which would unavoidably destroy returns and cause capital losses.

As the environment is becoming increasingly unclear, TCP Brokerage recommends an anticipated sale for planned upcoming dispositions, in order to avoid the risks arising from a possible change in the monetary policy in 2018. 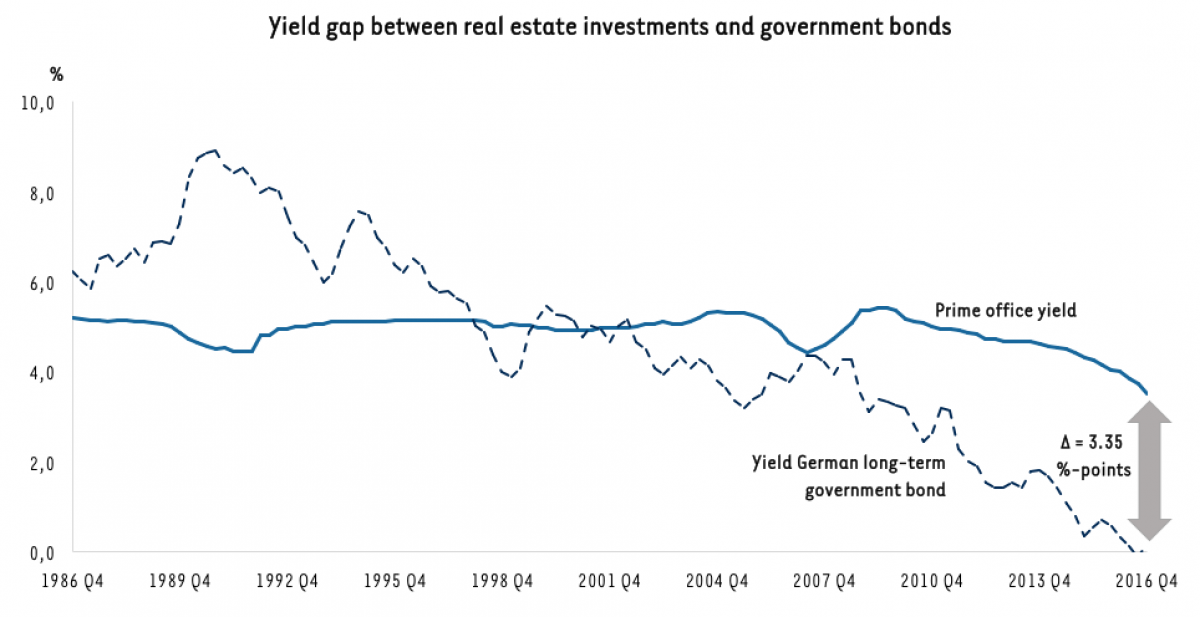